Kanye West is undoubtedly a superstar both on and off the stage. Aside from global tours and best-selling albums, the rapper has made several ventures into the fashion world, particularly into the sneaker market. West’s Yeezy sneakers have been a massive hit in the sneaker world since they first debuted eight years ago. Since then, West has made multiple collaboration deals and released many variations and new designs in his Yeezy line.

For a first-time sneakerhead, keeping up with the history of different sneakers as well as new releases can be overwhelming, so here is your complete guide to all of West’s Yeezy projects to date.

2009: Nike Air Yeezy
West’s first collaboration was with Nike and was, in fact, the company’s first non-athlete collaboration. In 2009 the very first Nike Air Yeezys were released in the ‘Zen Grey’ colourway, followed by ‘Blink’ (black and pink) and ‘Net’ (tan) colourways shortly after. The sneaker was a high-top design and featured a unique ‘Y’ print across the mudguard, mid-foot strap and heel on the ‘Blink’ and ‘Zen Grey’ colourways; the ‘Net’ colourway only featured a trace of the ‘Y’s on the toebox. 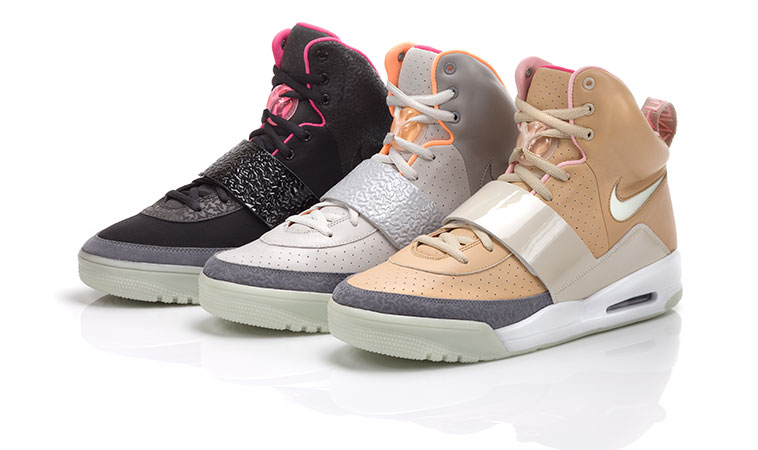 2012: Nike Air Yeezy II
2012 saw the return of the West/Nike collaboration with the release of the Air Yeezy II in two initial colourways: ‘Solar Red’ and ‘Pure Platinum’, both also under the ‘Blink’ label. A third colourway, ‘Red October’ was released in 2014. The sneaker was a sleeker redesign of the first Air Yeezys, making the Yeezy IIs more lightweight. Singer Macklemore was seen wearing a pair of Air Yeezy IIs at his New Year’s Eve performance at Times Square. 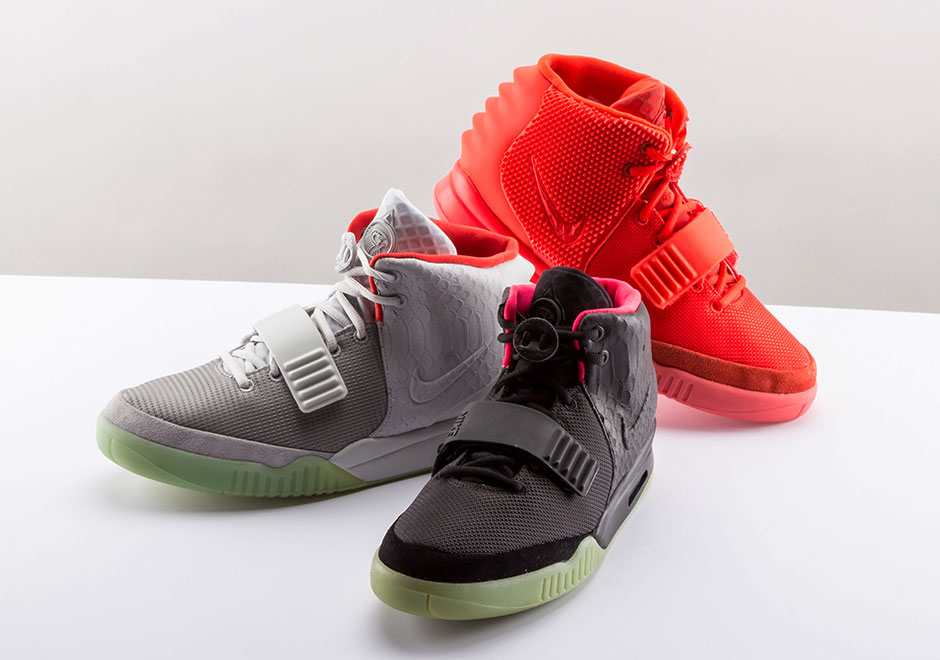 2015: adidas Yeezy Boost 750
After an apparent fall-out with Nike, West signed a new collaboration deal with adidas. The first release from the new partnership was the Yeezy Boost 750, a high-top suede sneaker which came in a taupe and all-black colourways. The initial release of the Boost 750 was extremely limited and sold out within 10 minutes. In 2016, two new 750 colourways were released: ‘Light Grey/Gum’ and ‘Chocolate Brown’. 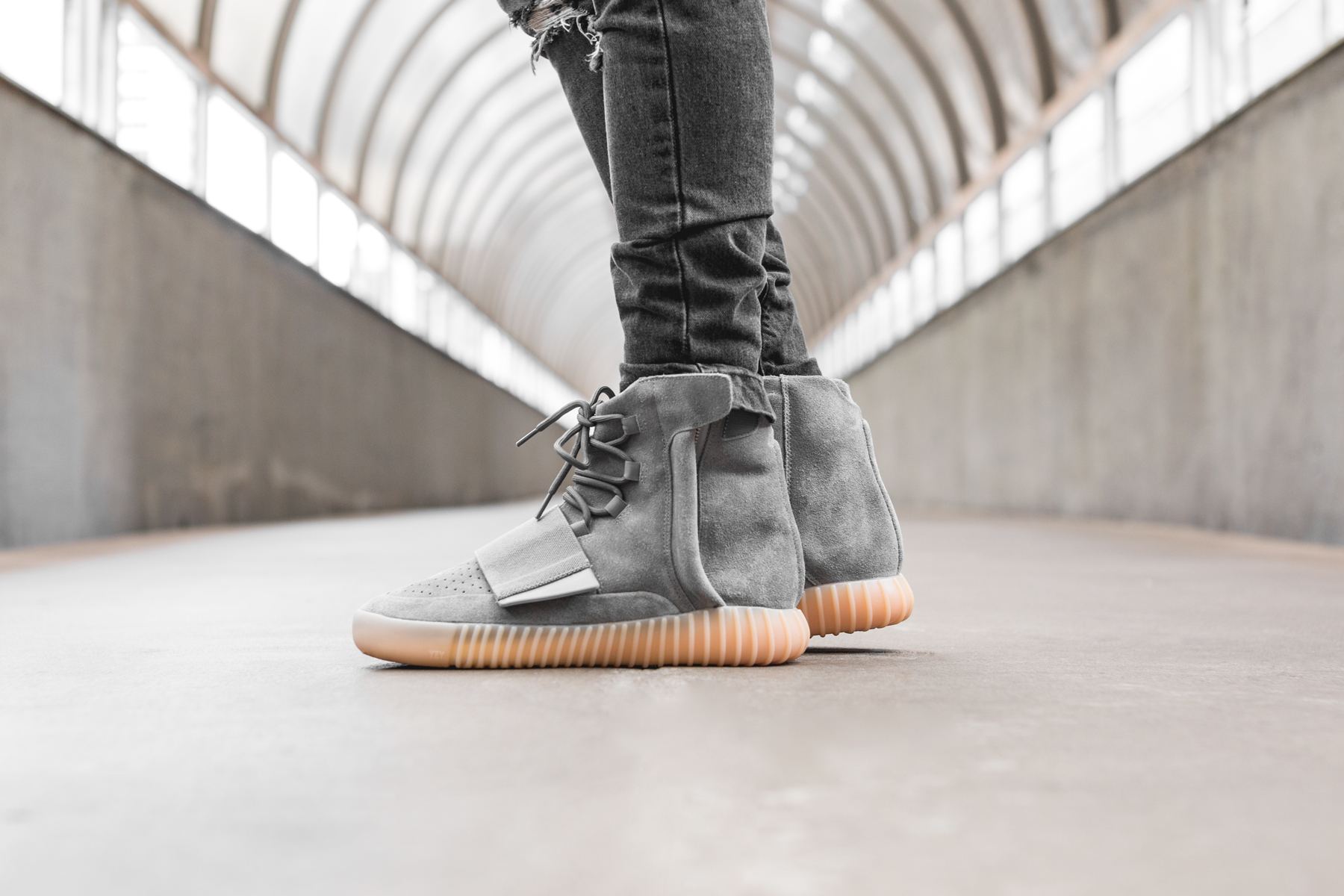 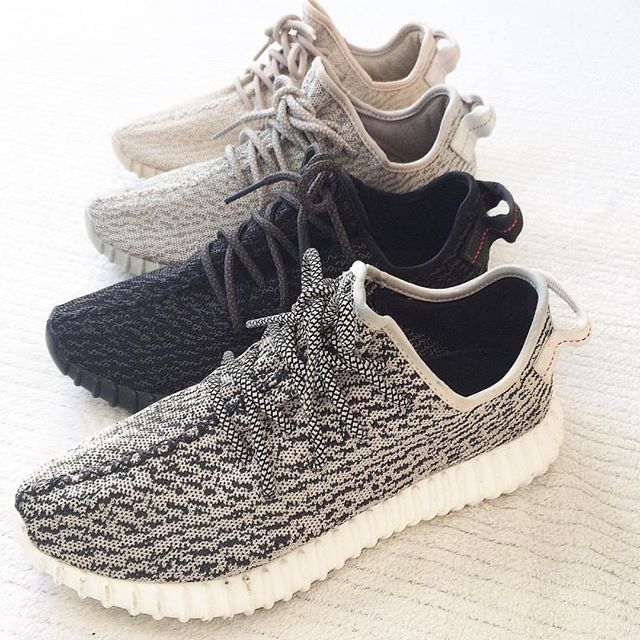 The ‘All Black’ colourway proved so popular that adidas released the sneaker again in 2016 with minor changes in the Primeknit upper and extra padding in the heel.

2016: adidas Yeezy Boost 350 V2
Despite releasing two sneaker designs within the one year, West and adidas did not show any signs of slowing down with the launch of the Yeezy Boost 350 V2 in 2016, an updated version of the original 350. The 350 V2s had removed the heel tab, changed the outer pattern and added a coloured accent stripe around the sneaker. The 350 V2s came in ‘Beluga’, ‘Copper’, ‘Green’, ‘Solar Red’ and ‘Black/White’. All the colourways except for ‘Beluga’ featured a solid black Primeknit and the colour in each variant’s name refers to the colour of the accent strip. 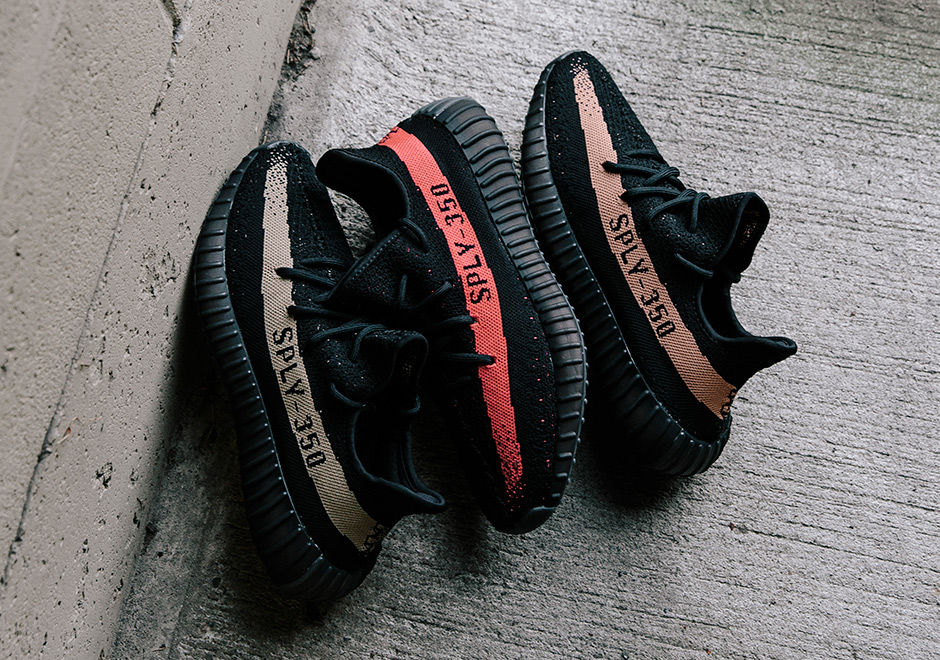 A ‘Zebra’ colourway was released in 2017 with a ‘Triple White’ version expected in April. 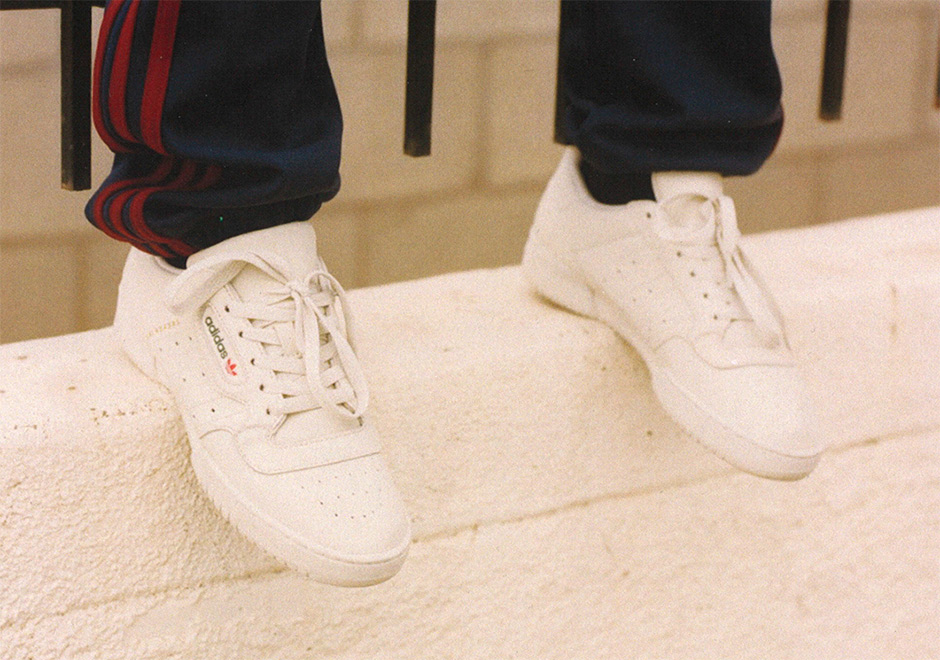