The Frenemy Series: The Story Of Kevin Durant And Russell Westbrook

The NBA being such a high-profile sport around the world naturally means that all rivalries and feuds between it’s star players are always under the scrutiny of the media and public. Kevin Durant and Russell Westbrook were close teammates for years, but one big decision and one tiny gesture seems to have changed all that.

Durant began his NBA career in 2007 at the Seattle SuperSonics. In 2008, the team moved from Seattle and became the Oklahoma City Thunder, Westbrook signing on that same year. Since 2008, both Westbrook and Durant have together played exclusively for the Thunder and the team’s performance over those first few years improved because of the dynamics between the two. 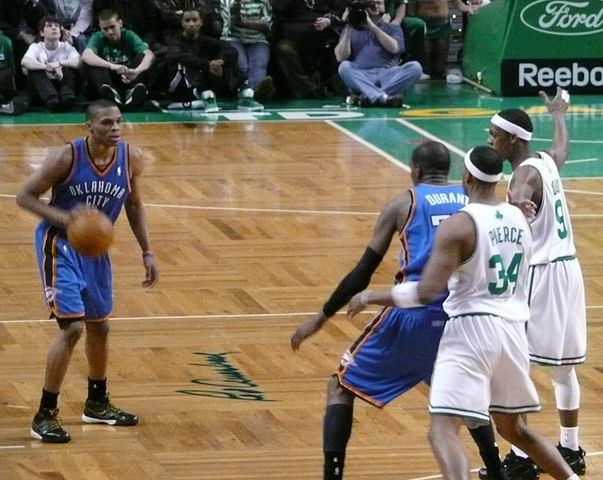 However everything changed in July 2016, when Durant announced his intention to move from the Thunder to the Golden State Warriors. The decision itself caused much displeasure and disappointment from fans and media alike, though such reactions are not unexpected when star players move from their ‘home’ teams. Despite the storm of press and fan reactions, Durant still signed the two-year contract to the Warriors and debuted on 25 October last year.

Rumours of a rift between Durant and his now-former teammate Westbrook began to fly and it soon became apparent the two were no longer speaking. The reported cause of the feud? Durant had sent one simple text to Westbrook telling him of the decision and allegedly did not make any further attempts to talk.

The two star players have been reluctant to actively admit to a feud, with Durant saying that the whole affair is media speculation and Westbrook only making vague and implicit comments when asked by the press about his relationship with Durant, especially after the two have already come face to face in Warriors v Thunder games this year. 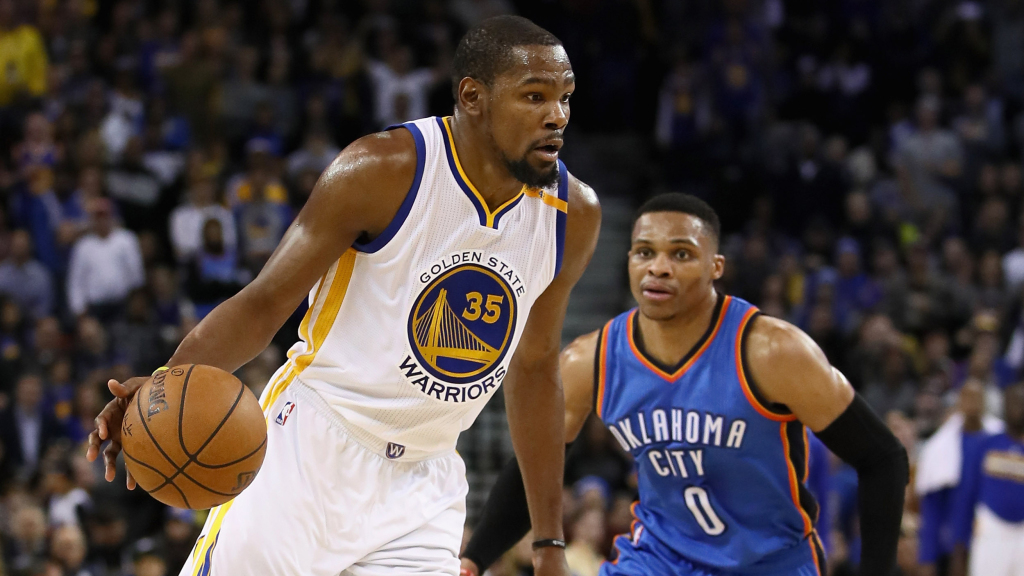 During a Warriors v Thunder game in February earlier this year, the two came head-to-head and were clearly heard to be yelling trash-talk at each other. Westbrook shouted ‘I’m coming!” to Durant, who responded with “You’re losing though!”.

However, just as recently as this month, it appears that the rift between two of the NBA’s brightest stars is beginning to come to a close. According to Kendrick Perkins, former teammate to Durant and Westbrook at the Thunder, the two talked again after Westbrook broke the triple-double record early in April. Perkins said he texted Durant, who responded the next day saying that he [Durant] and Westbrook had had a “nice conversation”.

Whatever happened between Kevin Durant and Russell Westbrook, fans are probably hoping that they are beginning to patch things up and can return to being the NBA’s dynamic duo again.

Date And Location Confirmed For Mayweather Vs. McGregor Superfight

The long-awaited boxing match between UFC superstar Conor McGregor and five-division boxing world champion Floyd Mayweather has officially been confirmed by both parties and is set to go ahead in Las Vegas on 26 August. Both Mayweather and McGregor announced the details of the superfight and confirmed it will go ahead on their social media...

Rumours circulated yesterday that the date for the long-awaited Floyd Mayweather and Conor McGregor fight may have been decided. May being the operative word. Today, however, more publications are confirming that 26 August is looking like a likely date for the anticipated boxing match to go ahead. A source “with knowledge” has revealed to ESPN that...

On the biggest night of Kevin Durant’s career Nike not only underwhelmed but also stirred up some forgotten resentment. Golden State Warriors were victorious in their fight against the Cleveland Cavaliers and took home the 2017 NBA championship while Kevin Durant from the team earned his first-ever Finals MVP as well. Nike are known for...

The 2020 Olympics in Tokyo are set to include a 3-on-3 basketball event and LeBron James has told reporters he won’t be competing. We would all assume his reasons for sitting out would be his age, he’ll be 35 by then, and he may want the offseason to rest up. But the King himself has...