A ten-metre high, inflatable Kanye West sad face head will be on display at Splendour In The Grass 2017. 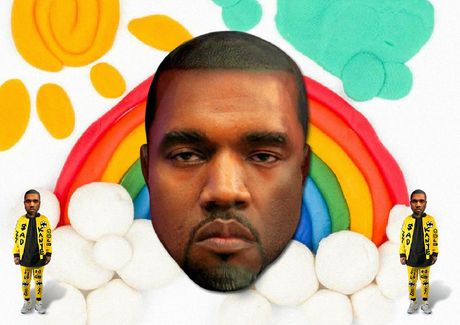 Fans of the American rapper will be able to interact with the sculpture with the creators having implied that you’ll be able to feed him until he’s happy.

“After pondering why Kanye always has such a resting bitch-face, they want the public’s help to cheer him up,” said the arts line up announcement for Splendour 2017.

The artists are teasing festival-goers with the idea of being able to interact with the sculpture.

“What can you put inside Sad Kanye to make him happy?” they said.

Hungry Castle are also responsible for Mr Poopie at SITG 2016 and the Nicholas Cage In A Cage in 2015.

Amazon has announced its plans to begin stocking and selling Nike. “Taking this step would give Nike direct economic exposure to a large and fast growing distribution channel, while improving the brand presentation and expanding access to millennia,” Goldman Sachs’ Drucker Mann told Business Of Fashion. “We expect pressures on bricks and mortar retail for...

According to reports from US Weekly, People Magazine and Beyoncé’s dad, Mathew Knowles, Beyoncé and Jay Z have given birth to their twins. Beyoncé first announced her pregnancy on Instagram and now there are allegations confirming the birth of her children on Saturday night. We would like to share our love and happiness. We have...